The annual Eta Aquariids meteor shower peaks on the morning of May 6th. For Southern Hemisphere observers this is the best meteor shower of the year. In addition, prospects are good as the New Moon won't interfere during peak activity and up to 55 meteors per hour are predicted.

The parent body for the Eta Aquariids meteor shower is Halley's comet (1P/Halley). This isn't the only annual shower associated with the famous comet, the October Orionids also originate from the same source. Although Halley has now left the inner Solar System and won't return until 2061 it's worth remembering that every Eta Aquariids meteor is actually a small part of the famous comet burning up in the Earth's atmosphere. 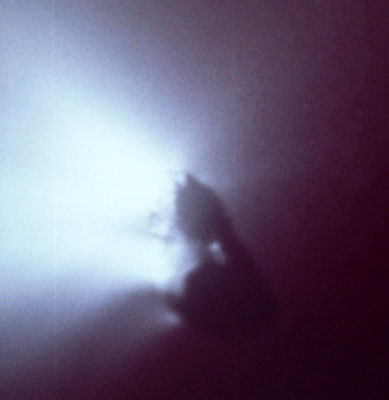 The radiant of the Eta Aquariids is located in Aquarius just south of the celestial equator and close to the Pegasus / Pisces border. For meteor watchers in equatorial and southern latitudes it appears quite high in the east/northeastern sky during the early morning hours. At mid-northern latitudes the radiant is still rather low down towards the east-southeast as morning twilight sets in. 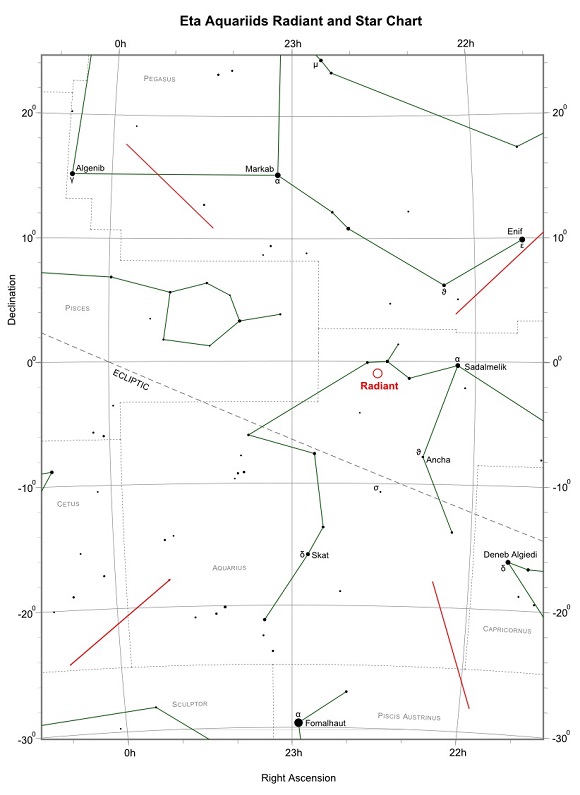 Up to 55 meteors per hour can be expected in the early hours of the morning from equatorial or southern latitudes. However, from northern temperate latitudes only a handful of meteors per hour are usually seen. On the positive side the "shooting stars" are fast moving and often have long persistent trains. In addition, it's also worth looking out on the nights of May 4/5 and May 6/7.