Venus at its brightest in the morning sky on September 21, 2015

Venus is now a magnificent morning "star" with the unmistakable planet dominating the eastern sky before dawn although the period of visibility varies considerably depending on location. From mid-northern temperate cities such as London, New York, Moscow and Paris the planet rises almost 4 hours before the Sun by months end but about half this time from the tropics and further south.

When on show Venus is never faint, indeed it's far brighter than any other natural object in the sky except for the Sun and Moon. However, like all planets it does vary in brightness but even at its faintest not even Jupiter or Mars come close to rivaling it. Even the International Space Station (ISS) which can often be seen forging a path across the night sky can't dazzle as bright as Venus. On September 21st, the opportunity exists to view Venus at its absolute brilliant best when it peaks in the early morning sky at magnitude -4.7.

The diagrams below show the position of Venus from mid-northern temperate latitudes and mid-southern latitudes 45 minutes before sunrise on September 21st. From the north, Mars, Regulus and Jupiter can also be seen in the same region of sky. 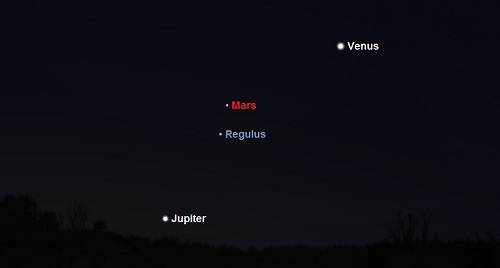 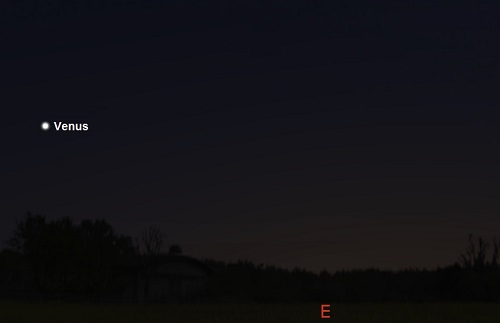