The Moon, Venus, Mars and Jupiter on the mornings of December 6th and 7th, 2015

Look towards the east before sunrise on the mornings of December 6th and 7th and you will see a nice gathering of three planets and the Moon. Closest planet to the horizon is Venus the brightest of all. At magnitude -4.2 it's a brilliant object that's unmistakable. Located far northwest of Venus is Jupiter with Mars positioned between the pair. Jupiter, mag. -2.0, is brighter than any night-time star but still 7 times fainter than Venus. Finally, Mars is by far the faintest of the trio. It shines at magnitude +1.5 hence 25 times fainter than Jupiter. Despite that it obviously red in colour even to the naked eye.

The diagrams below show the scene on the mornings of December 6th and 7th, 2015 from mid Northern and mid Southern Latitudes. 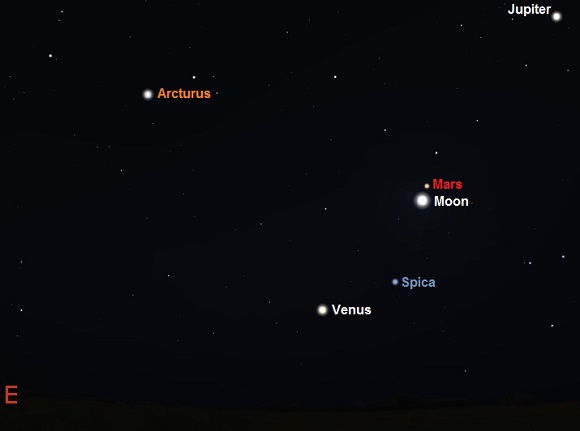 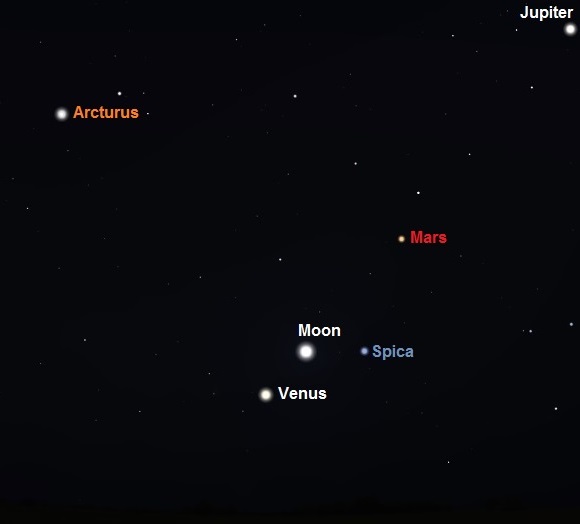