M65 is a magnitude +9.6 edge-on spiral galaxy located 35 million light-years distant. It was discovered by Charles Messier on March 1, 1780, the night he also discovered M66. Messier described the galaxy as "a very faint nebula without stars." Apart from M81 and M82 in Ursa Major, M65 and M66 are probably the most sought after galaxy pair for amateur astronomers. With a third galaxy, NGC 3628, lying nearby the trio forms the heart of a small celebrated group, known as the Leo Triplet or M66 group. All can be observed or photographed in the same field of view and are a popular target for observers and astrophotographers alike.

M65 is located in the eastern section of the relatively large and bright zodiac constellation of Leo, the Lion. In western skylore, the Lion's heart is marked by the constellation's brightest and only first magnitude star, Regulus (α Leo - mag +1.4). Positioned approximately 16 degrees northeast of Regulus is Chertan (θ Leo - mag. +3.3). Along with the Zosma (δ Leo - mag. +2.6) and Denebola (β Leo - mag. +2.1), Chertan forms a prominent right-angled triangle. Located 2 degrees south of Chertan is 73 Leonis (mag. +5.3). M65 lies 0.75 degrees east of this star, with M66 a further 0.33 degrees to the southeast of M65. Positioned 0.5 degrees north of the Messier pair is the third member of the triplet, NGC 3628.

The galaxies are best seen during the months of March, April and May. 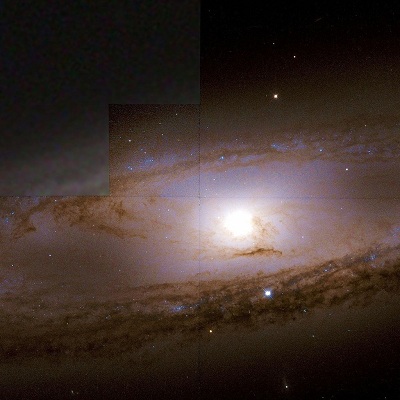 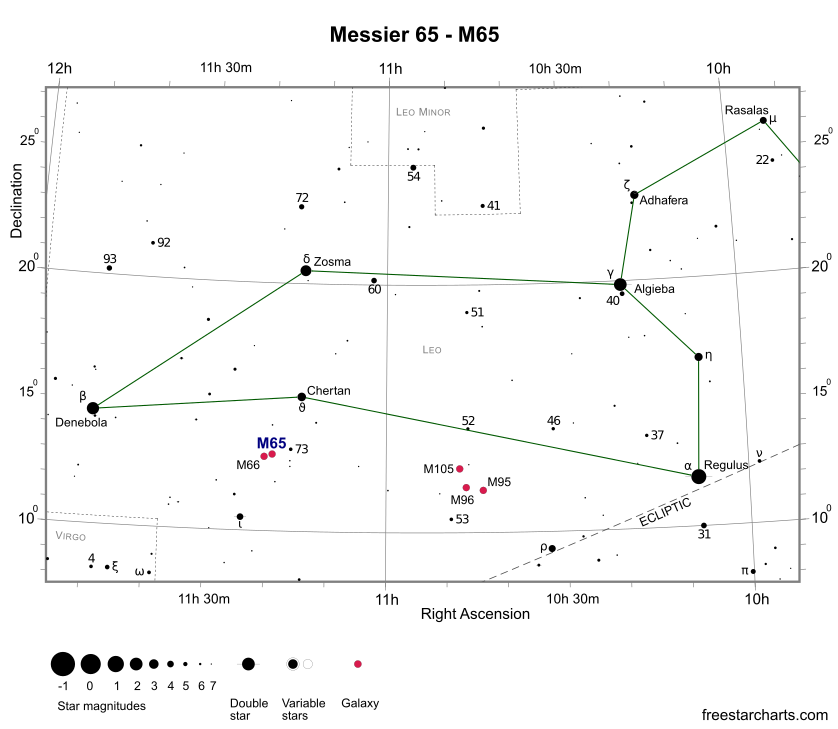 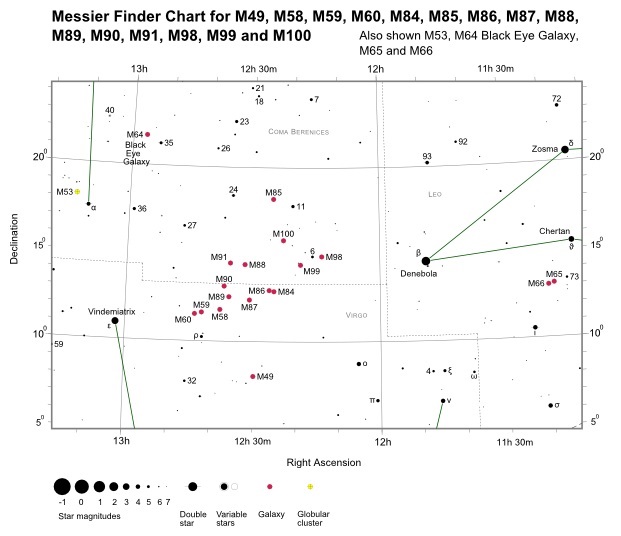 With a magnitude of +9.6 and a high surface brightness, M65 is faintly visible in binoculars from a dark site. A small telescope, such as an 80mm (3.1-inch) refractor, nicely shows the galaxy as a thin slivery disk of light with a bright core. Through medium size scopes of the order of 200mm (8-inch) aperture, subtle details can be made out of the hazy structure. Even larger amateur reflectors reveal beautiful dark lanes spanning the complete structure of the galaxy. In total, M65 spans 8.7 x 2.4 arc minutes of apparent sky.

M65 is marginally the faintest of the Leo Triplet and is similar in appearance to M66. Although NGC 3628 is about the same magnitude as M66, it's the hardest of the three to spot due to its lower surface brightness. Once you have identified the group, it's worthwhile taking time to compare these superb galaxies through the eyepiece.