The Dumbbell Nebula or M27 is a showpiece object that's a popular visual and imaging target for amateur astronomers. It's arguably the finest planetary nebula in the night sky and was the first of its type to be discovered. The name derives from its resemblance to a dumbbell shape, but it has also been compared to an apple core and an hourglass figure. With a mag. of +7.4, M27 is the second brightest planetary nebula in the sky. Only the Helix Nebula (NGC 7293) in Aquarius is brighter. However, the Dumbbell Nebula has a higher surface brightness and therefore the easier of the two targets to spot. 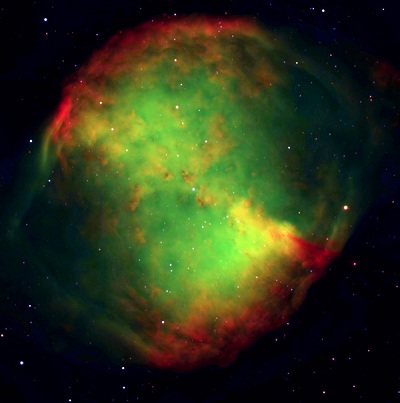 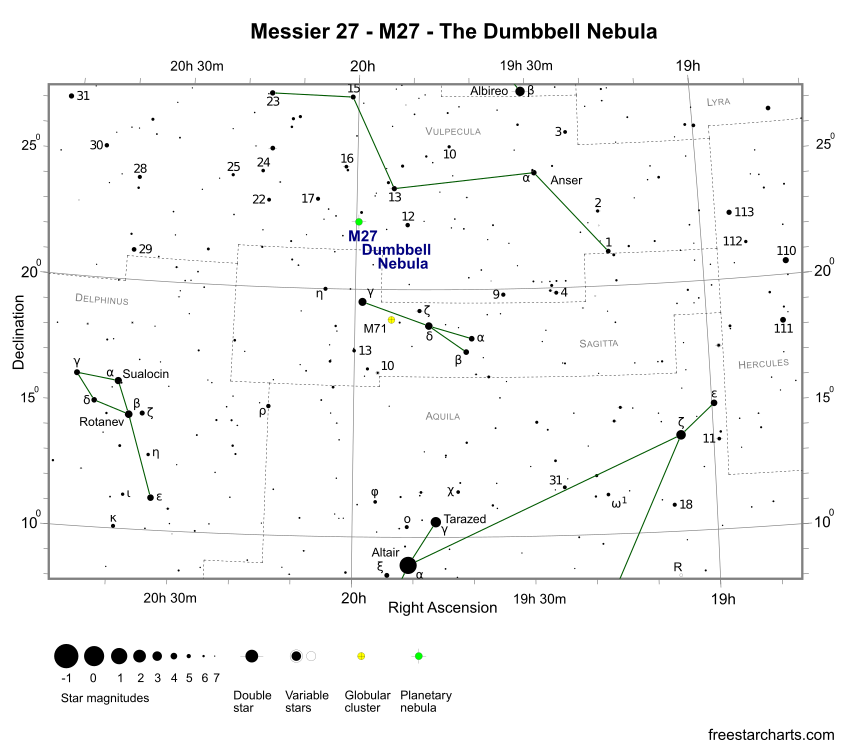 M27 is found in the constellation of Vulpecula. It's visible in binoculars, appearing as a small oblong shaped patch of light. With 15x70 models it appears much larger and brighter with a distinct central section surrounded by fainter outer regions. An 80mm (3.1-inch) telescope will show the famous hourglass shape, especially when using averted vision. With larger telescopes, M27 displays more intricate surface details. It's a wonderful sight when viewed through 200mm (8-inch) scopes and as with many objects of this type a nebula filter often enhances the view.